“You gain strength, courage, and confidence by every experience in which you really stop to look fear in the face.”
ELEANOR ROOSEVELT
Sharlene
Mojica
MISSION 2016

Sharlene’s battle with cervical cancer began in April of 2015 when she was diagnosed with Stage IIB cervical cancer. Though she was devastated by this news, she kept her journey a very private one during this time. Being a school teacher and single mother to 3 boys, one 8-year old & two 4-year old twins; she felt very alone during her fight. However, with the support of only her close family, Sharlene received a series of chemotherapy and radiation treatments over the next 3 months in the hopes of curing her of this disease.

In October of 2015, during a routine scan just 8 weeks into her remission, Sharlene learned that her cancer had recurred. Her oncology team recommended a total pelvic extenteration as the option for the highest chance of ridding her of cancer for good. The American Cancer Society defines a pelvic exenteration as, “a major surgery in which the uterus, cervix, ovaries, fallopian tubes, vagina, bladder, urethra, and rectum are removed.” At 29 years old, Sharlene would have to make a decision that would change her life forever.

On January 26th, 2016, after countless hours of research and weighing her options for treatment, Sharlene elected to undergo this radical procedure at Moffitt Cancer Center in Tampa, FL. Following her 10-hour surgery, Sharlene has shown unwavering strength and courage during her road to recovery. After 3 weeks in the hospital, she returned home to begin the long recovery process.

During a routine follow up scan, her doctors found a large mass on her lung. In an effort to treat this quickly, Sharlene immediately began chemotherapy, which would then be followed up by radiation. However, she was recently hospitalized for a tear in her ileal conduit, which haulted this treatment. Following the surgery to repair her urinary diversion, irregular cells presented themselves on her next scan. Sharlene’s desire to fight for herself and her three young boys is inspiring. She is staying positive & spending this time surrounded by loved ones. 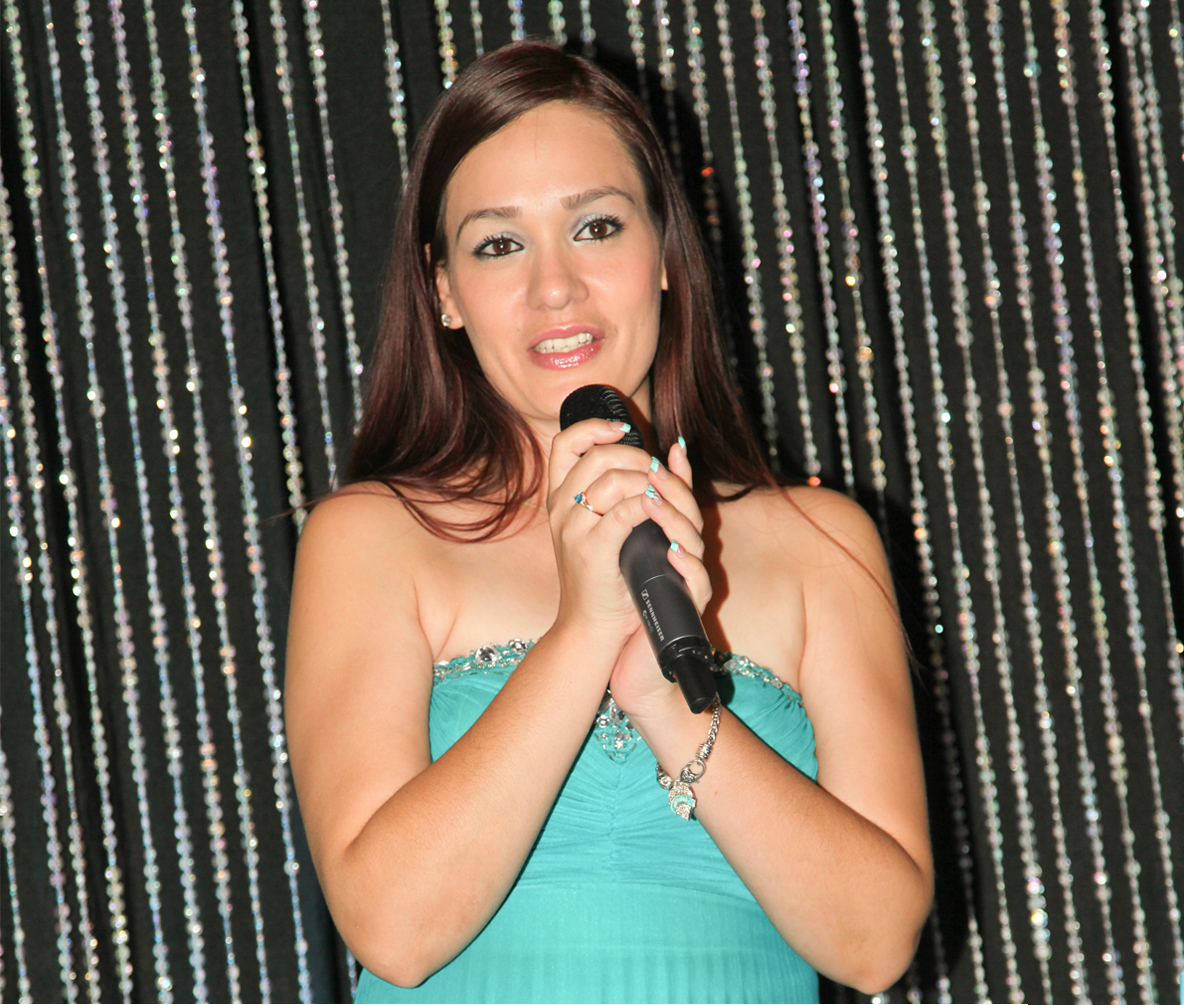 UPDATE: Sharlene spent several weeks healing from her most recent surgery, only to discover that the mass on her lung had spread to her bones. At this time, Sharlene was no longer responding to treatment. She was placed in Hospice to live out her days comfortably. On Tuesday, January 10, 2017, we said goodbye to this beautiful soul. She passed away peacefully, surrounded by her loved ones. 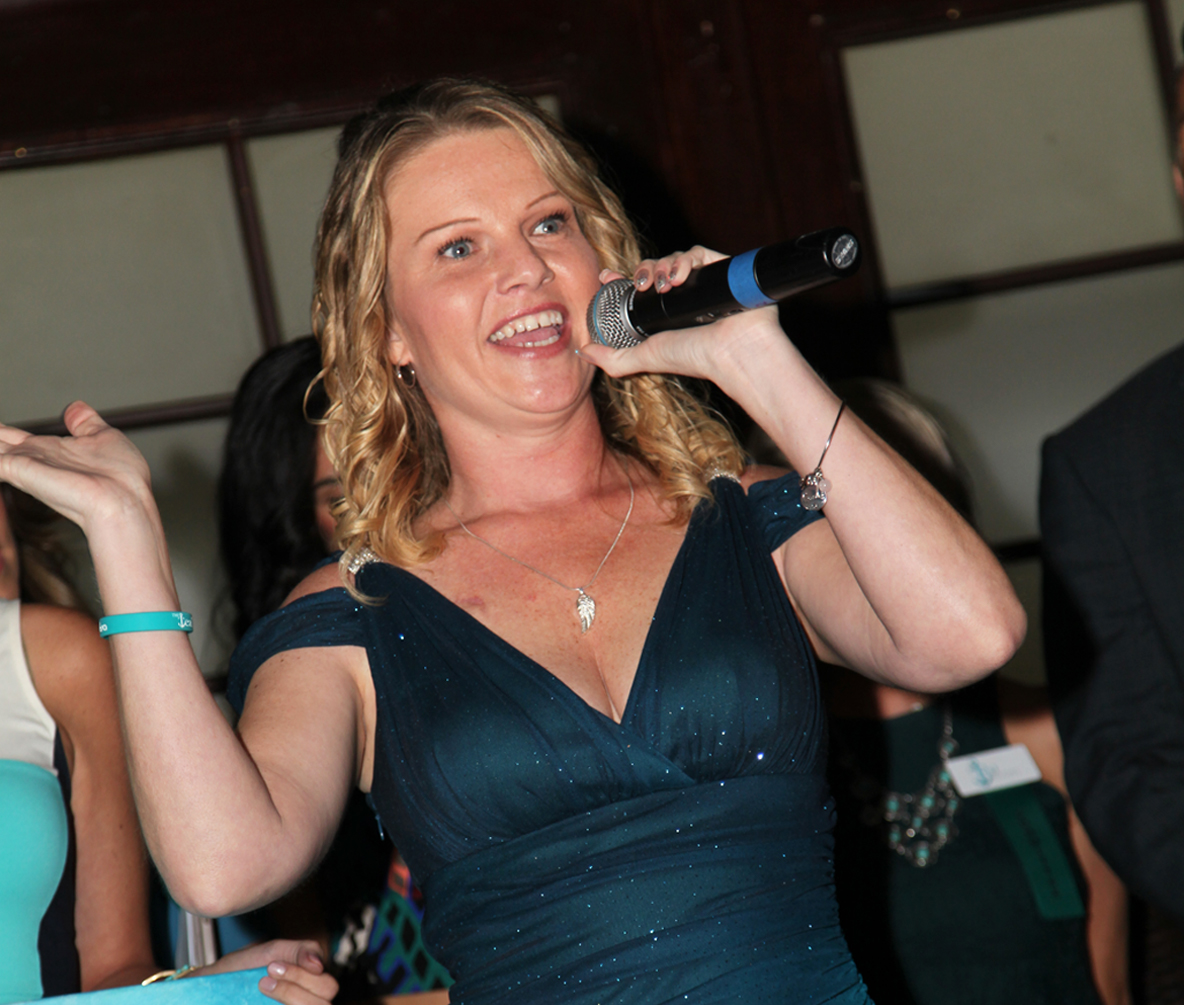 UPDATE: Due to a series of complications following the surgery, Julie was frequently hospitalized. But she never gave up and fought hard to empower others by continuing to share her journey through social media. On October 28th, 2016 Julie passed away at the age of 35.
Julie
Skarr
MISSION 2015

Julie’s battle with cervical cancer first began in December of 2010. Following some abnormal results during a routine annual exam with her GYN, Julie underwent a cone biopsy procedure to remove high-risk “pre-cancer cells”. She received a series of clear gynecological exams over the next two years through late 2013 when her Tri-Care insurance benefits ended. Because she was now uninsured and unable to pay out-of-pocket, Julie was seen by a different GYN at the Sarasota Health Department. Upon that exam, the GYN stated that he felt Julie presented symptoms of cervical cancer and immediately referred her to an outside facility to perform a surgical laparoscopy & multiple cervical biopsies. Pathology was sent to Johns Hopkins for review.

In May of 2014 following a documented medical misdiagnosis from 2010, Julie was officially diagnosed with stage 2b adenocarcinoma. Because of the size of her tumor, Julie was not a candidate for a standard treatment plan (hysterectomy). Instead, she received a series of brachytherapy treatments, external pelvic radiation, and concurrent chemotherapy from July of 2014 to September of 2014. During this time, her father lost a long fought battle of his own with Diabetes.

As of June of 2015, Julie’s tumor had grown significantly. She elected to have a pelvic extenteration in an effort to prolong her life. While she knew there wasn’t a great prognosis after this surgery, she was determined to continue fighting.

When my husband Eric & I started trying to have our first child, I went to the GYN for a regular “annual” appointment. My pap test came back abnormal, but my GYN wasn’t concerned enough to take action. She advised that it would take 10+ years for anything to even develop from it, so I trusted this information & quickly became pregnant. It wasn’t until I went in to labor at just 25 weeks that I was first diagnosed with cervical cancer immediately following the premature birth of my son, Jake Ryan. At that time, an Oncologist told me that the cancer was “slow moving” & noninvasive. So, we focused on the next 70 days our little boy would spend in NICU.

However, when the US Coast Guard relocated our family to Florida, I immediately went to Moffitt Cancer Center to follow-up on this diagnosis. My new Oncologists informed me that the cancer was anything but slow moving and I would have to undergo a radical hysterectomy.

In the months following the surgery, I started having severe symptoms and insisted on being checked for a recurrence. Sadly, I was given horrific news yet again. The cancer had returned & was extremely aggressive after just a few short months with no evidence of disease. I now had to endure 5 weeks of daily radiation & intense chemotherapy as part of a clinical trial. I completed treatment in January of this year & I’m officially cancer free as of today! 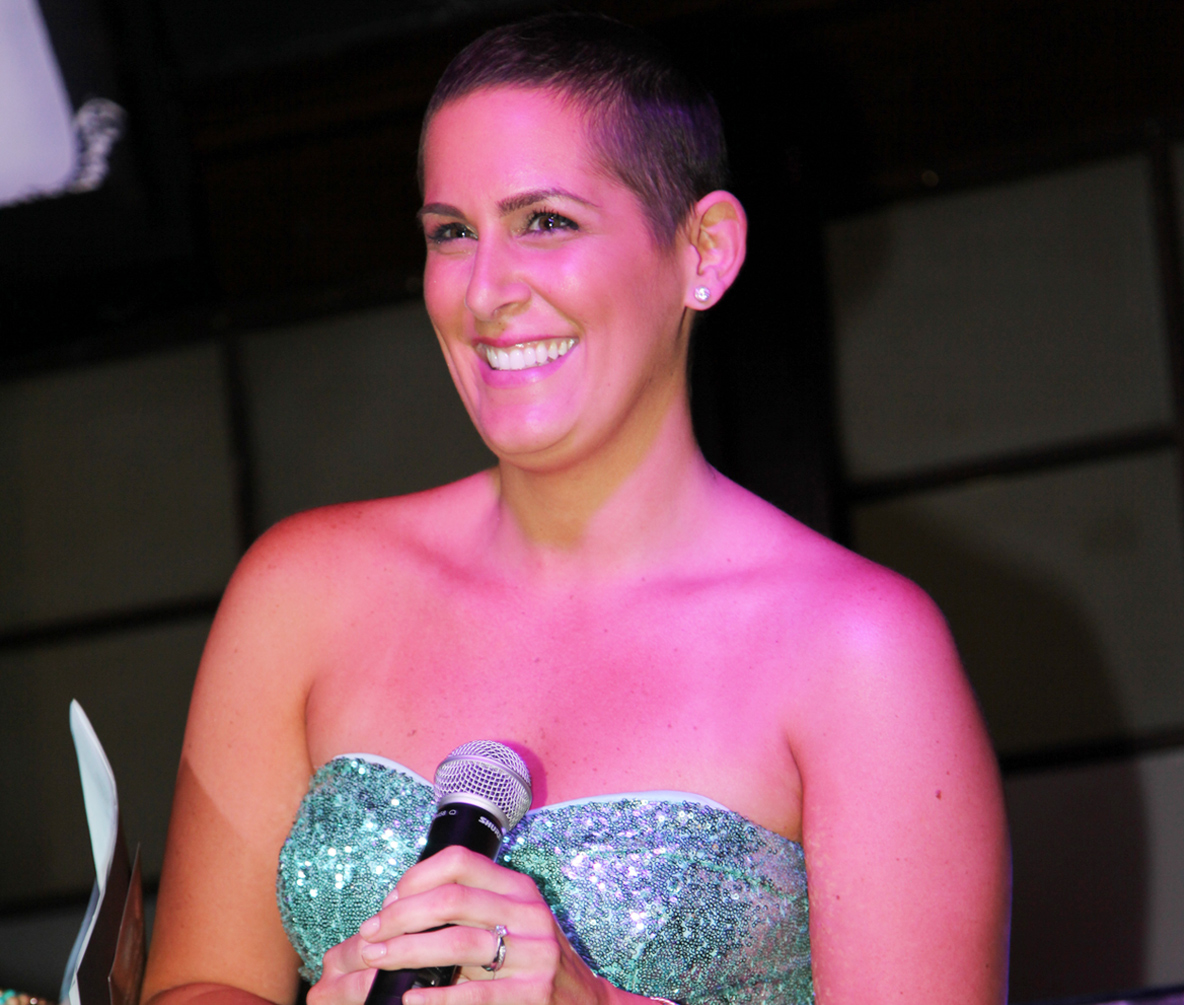 UPDATE: In late 2014, Holly learned that her cancer had returned. She elected to have a pelvic exenteration, a radical surgery that gave her some hope for a cancer-free outcome. The next several months presented mounting complications, which took a toll on Holly’s fragile body. Her desire to beat cancer never waivered, but on November 16th, 2015 she tragically passed away after a long fight. 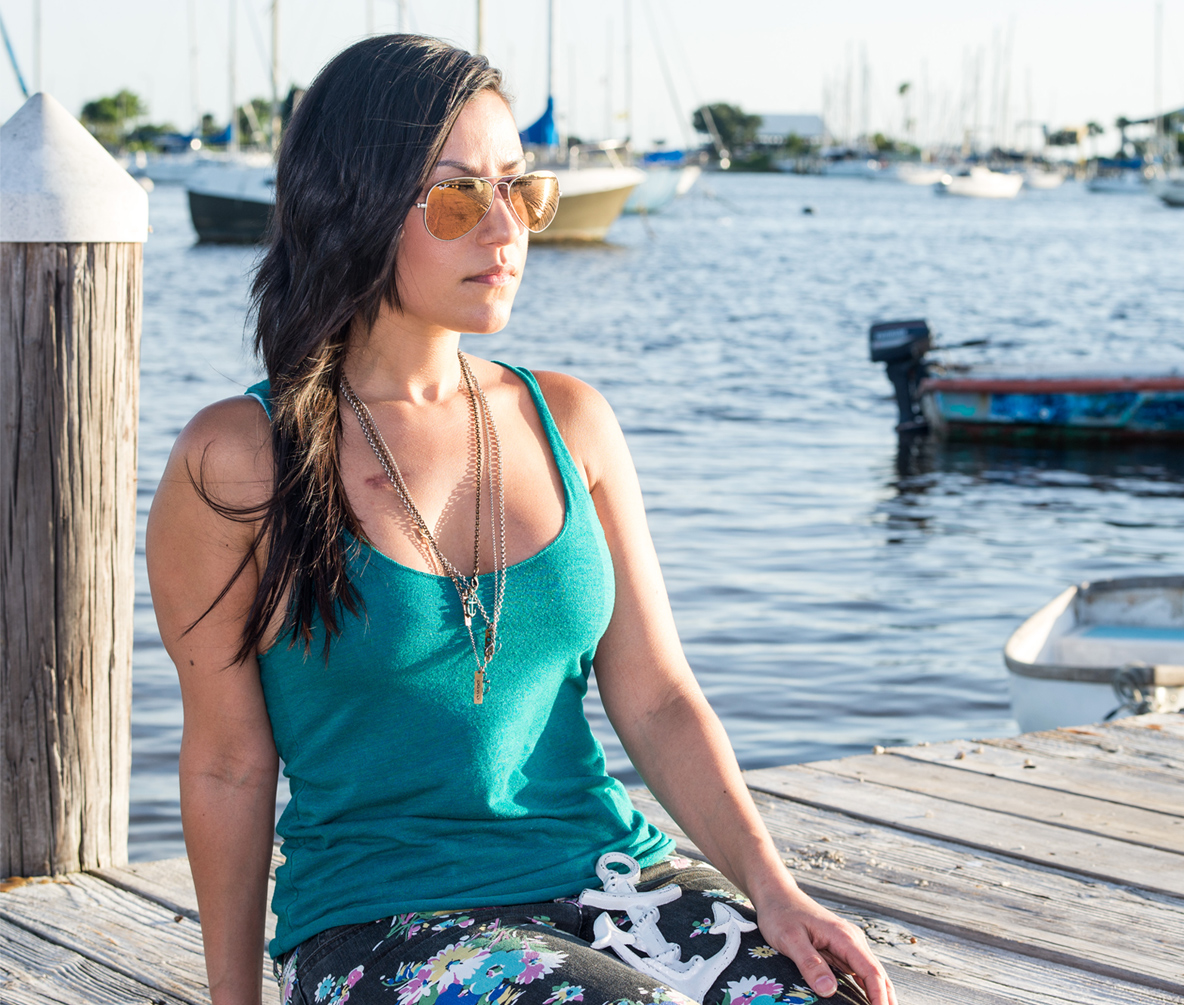 UPDATE: As of November 2nd, 2016, I celebrated 4 incredible years in remission. I have spent a lot of time navigating through life after cancer, but it’s been a pretty remarkable journey.
Rena
Carideo
MISSION 2014

On November 30, 2009, I was first diagnosed with stage 1B2 Cervical Cancer, Adenocarcinoma. But when I received the news of my diagnosis and the recommended treatment plan, there was the only question I could even think to ask in that moment… Will I still be able to have kids? I was only 29 & single, I didn’t even think a family was on my radar yet. But it was, and I was crushed. I chose to undergo a series of in vitro fertilization to cryopreserve or “freeze” my eggs in the hopes of one day using a surrogate to start a family. My fight against cervical cancer would then begin with chemotherapy and aggressive radiation treatments. After completing a long course of treatment, I showed no evidence of disease. Two & a half years of successful PET/CT scans later, I felt like cancer was behind me for good.

Unfortunately, on September 25, 2012 (my 32nd birthday) I had a biopsy under anesthesia after having similar symptoms from my first diagnosis. 72 long hours later, I was officially diagnosed with recurrent cervical cancer. Once my case was examined and reviewed, my cancer treatment team at Moffitt recommended a Pelvic Exenteration. I had never even heard of such a thing… The American Cancer Society defines a pelvic exenteration as, “a major surgery in which the uterus, cervix, ovaries, fallopian tubes, vagina, bladder, urethra, and rectum are removed.” It was terrifying to think that I would have to endure a surgery that would forever change me physically and emotionally. This choice was not made without countless hours of education, research, and the decision to empower myself to take control over every minute of my medical care moving forward. I received multiple opinions regarding my treatment plan and met with every single person on my surgical team, asking questions at every turn. I was not going to undergo such a radical and invasive surgery without knowing exactly what I was facing head on. My meetings with my Oncologists would last for hours and often include a room full of family & friends all armed with notebooks filled with questions. We went over all of the “what-if’s” and possibilities for reconstructions that would give me some hope for normalcy in the future. What makes this surgery so unique is that when you’re dealing with radiated organs, it’s a whole different ball game. So, you ultimately sign on the dotted line and go into it blindly trusting that your medical team will do everything neccessary to save your life and then put you back together.

On November 2, 2012 I underwent a 12.5-hour surgery at Moffitt. If there is such a thing as a best case scenario in this situation, I suppose this was close to it. I was able to have all of the reconstructions we were hoping for, but it came at a price. I had an extended stay in the ICU and then spent the next thirty days in the hospital battling several obstacles on my road to recovery. It was an exceptionally long and difficult first year, I will never find the right words to describe it. I checked back in to Moffitt in May of 2013 for my final reconstruction (a colostomy reversal) and I’m certain that’s when the fight in me got real, I was determined to find a new normal. I couldn’t do it without the daily support from my army of loved ones & my treatment team at Moffitt. Though I face new challenges everyday, I continue to do my best to educate myself and other woman during their fight.